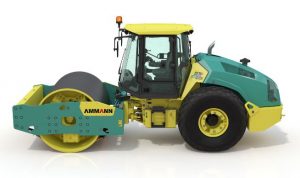 Ammann produces asphalt and concrete mixing plants as well as light and heavy compacting machines like rammers, vibratory plates, wheel and double vibration rollers. Previously, road and walkway finishers were also produced. Spare parts for all these machines can be supplied by IME-GmbH, Germany.

The Ammann Group is one of the leading Swiss machine and plant manufacturers worldwide. It is a family business in the sixth generation.

The company was founded inmai 1869 in Madiswil in Switzerland. In 1911 the first motorised roller was produced.

After the first world war, the company extended its production to neighboring France. In 1931 an agency agreement with the American manufacturer of construction machines Caterpillar was concluded for Switzerland. Thus, the company expanded and the product range was continuously expanded. Now 26 companies with 4 representative offices belong to this group.